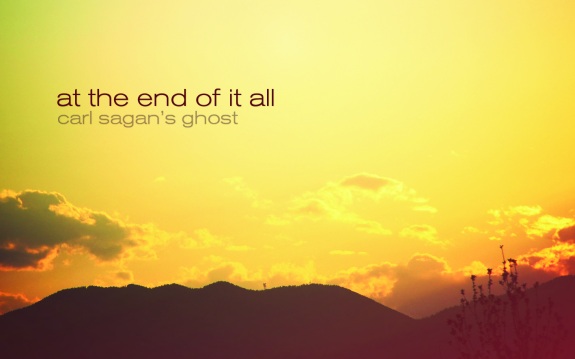 Daniel Davis has released a new album, at the end of it all, as a free download.

An early reviewer calls it “one of 2009’s most beautiful albums,” but it’s also mysterious and haunting…. and a lot of other things.

“Initially, this album was supposed to be an atmospheric celebration of spring and summer, something warm, something happy,” explains Davis. “However, that didn’t quite pan out.”

“As I began to compose and then finalize these compositions, I noticed that the album was taking on a darker tone. What I ended up with was an album that seemed to contemplate death, although I don’t think the album is overly depressing. It is somber, but there is still a hint of hope and happiness in a number of songs.”

at the end of it all has blissful sounds and harmonies, but it also has some of the ominous thuds and strange groans of Eno’s On Land.

You can read more of Davis’s commentary on the album at his site.

Download it from Softphase.org and let me know what you think!