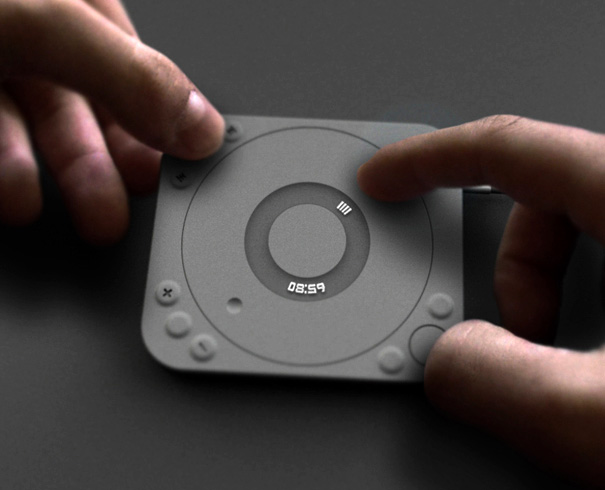 Touchtable is a portable media player designed to be interactive and intuitive, with DJ-style controls.

It features a large controller wheel that surrounds the screen and functions like a turntable. It’s  sensitive to touch and pressure and when you use it in combo with the surrounding function buttons, it facilitates absolute user control over a track, through precise position, timing and pitch manipulation.

Note: This is a design concept by Thomas Mascall, not a production portable media player.