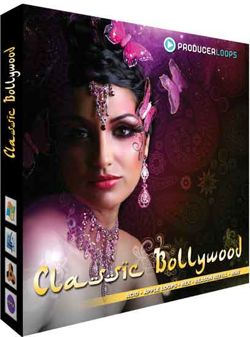 Producer Loops has introduced Classic Bollywood, a library that features the sound of Bollywood movies.

In addition to the percussion loops, this library features the sounds of an Indian string orchestra (recorded live) along with melodic male/female solo vocals and chorus phrases.

You can preview Classic Bollywood below. Oy! Oy! Oy!

The library has been assembled into kits of varying tempo & key. All filenames include the Key and Tempo of the loop. For ACID and Logic users, the key has been programmed into the files, so they will match the key of your existing tracks instantly without alteration.

Gaurav Dayal, 32, is a celebrated soundtrack composer hailing from New Delhi in India. His first record went platinum at the age of 21 with Punjabi Pop Icon, Jasbir Jassi. Gaurav soon followed this with hits like “Gabru” for Mika and many others.