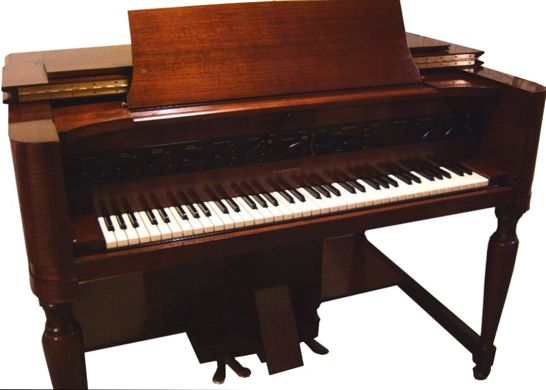 Hollow Sun, the guys that are sampling an extremely rare Hammond Novachord polyphonic synth from the 1930s and recreating it as a virtual instrument, have released a new audio demo based on the samples they’ve made:

Let me know what you think of the sound of a 70 year-old synth!

Here’s what they have to say about this audio demo:

The first is pure 30s sci-fi scary soundtrack stuff using raw samples processed in the style of the day. This segues into a section where you’re hearing this 70 year old valve synth in a way you’ve probably not heard the Novachord before using techniques reminiscent of the Berlin house of early electronica. This dissolves into a simple chord drone with an evolving ‘morph’ that goes some way to replicating the Novachord’s on-board filters … but continuous instead of switched.

I am only noodling and messing with ‘work in progress’ material at the moment but these samples never cease to amaze me. In the hands of the truly creative, this incredible old synth is going to be something of a sonic chameleon with so many possibilities…

And the range of the thing is just overwhelming … from the deep, woofer wobbling bass to the ‘airy’ hi-strings and everything in between. Incredible for a 70 year old polysynth!!!

Hollow Sun’s Hammond Novachord project could reshape our understanding of early electronic music and bring Hammond’s pioneering work to a broad audience for the first time.