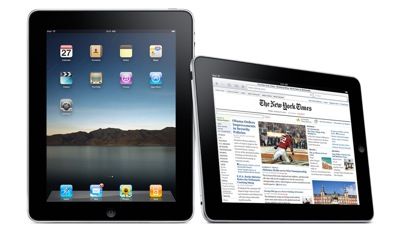 Mark Northam has written a forward-looking essay for Film Music Mag looking at ten ways the Apple iPad could be used in the world of film scoring:

SketchPad – With the addition of stylus input, which is possible with the existing capacitive touchscreen technology Apple uses in both the iPhone and the iPad, entering and editing notes by hand on an iPad could make the iPad a quick and easy sketching tool wherever you might be. If you’d rather “play” your parts in, a keyboard or other instrument could be displayed for touchscreen input. You could create, edit, and transmit anything from lead sheets to full orchestral scores, and with an onboard sample playback technology you could hear what your music sounds like as you write it. Your writing studio becomes completely portable allowing you to write music when and where you’re inspired to do so. With Wi-Fi or a wireless internet connection, as you write you could have your new composition compared to your past compositions or to any external library of compositions to make sure you’re not subconsciously copying yourself or something you heard in the past. And once you’ve completed that amazing cue or melody, a single tap on the “Submit to Copyright Office” button could make sure that your copyright registration was properly completed.

MIDIPad – The iPad with its advanced multitouch input system could easily serve as a control surface or MIDI controller, creating unique ways to “play” sampled instruments and control both MIDI events and software such as digital audio workstations.

See the full article for all ten ideas – Northam is clearly inspired by the tabula rasa of the iPad.