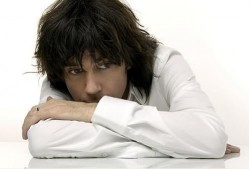 Jean Michel Jarre has announced that he’s taking a break from touring to explore the sound of silence:

Now that I have more time, I want to explore different directions, and in particular the notion of silence.

I am sure you have noticed how the first few seconds of silence at the end of a track feel like they still belong to that track. To the best of my knowledge, the only work of importance ever composed in this field is the minute of silence played in solemn occasions, but I find the arrangement a bit basic.

I would like to compose a silent album that would retain melodies, and mix the warm grain of analog silence and some sampled silence as well.

Expect to hear something soon. Or not.

Sounds like Jarre may be getting a No Pass Filter for his Moog modular before long.