Richie Hawtin, above, performing as Plastikman, took to the stage with two iPads running Griid.

Griid was used to trigger clips from an Ableton Live set, which trigger musical events as well as visual events in Derivative’s touch designer and lighting. Hawtin uses Griid during soundcheck to be able to play his live show remotely from the Front of House mixer, 100 metres away from the stage setup and the rest of his gear. 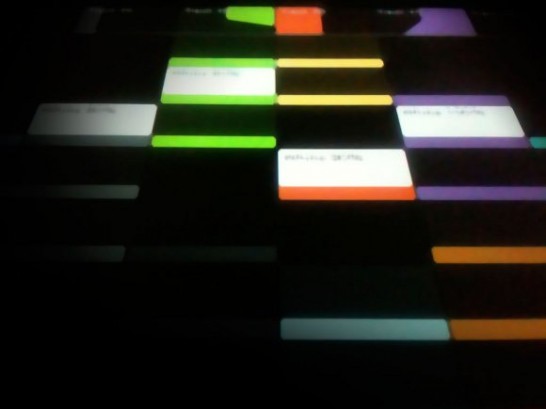 Griid is an advanced clip grid interface which ensures that you are able to find and fire any clip at any time. You can interact with Griid using gestures familiar to iPhone and iPad users, adapted for music control.

Griid’s features will be announced over the coming weeks. It will be available on the iTunes store soon after.

More control modules are planned. When integrated into the Griid ecosytem, this will turn the iPad into “the ultimate, fully-integrated control hub for your entire Live show.”

Pricing is to be announced.