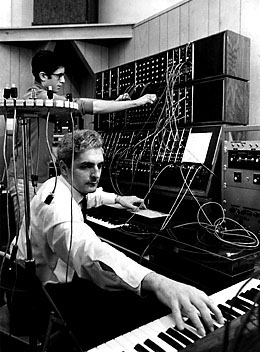 Organizers have announced three additions to the lineup for the 2010 Moogfest -a celebration of the legacy of Bob Moog, being held Oct. 29-31 2010 in Asheville, NC.

At this point, it’s looking like Moogfest 2010 is going to make a break with previous Moogfest events, moving its focus to more mainstream artists. We’ll have a better idea once the full lineup is announced.

In addition to the festival’s musical offerings, attendees will have the opportunity to participate in workshops, engage with artists in panel discussions, enjoy visual art exhibitions, installations and film screenings, and explore their own musical creativity with a variety of Moog instruments.