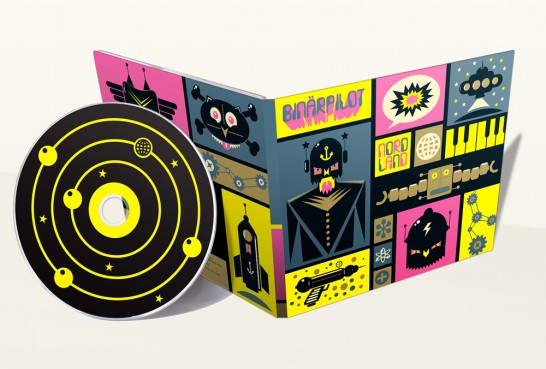 Binärpilot (Alexander Støver), a pro-piracy electronic musician from Norway, has released his latest album, Nordland, as both a free download and as a physical CD.

“I make music because I love to, I need to,” says Støver.  “I don’t want to make a lot of money, I don’t want to be famous, I just want to keep making music that I like and share it with everyone. Hoping one day to create something unique.”

Funded entirely by fans, Binärpilot’s new album is fighting the “war against poppollution”.

“And that is, in my opinion, the beauty of it,” he adds. “Contrary to what they want you to believe, piracy is (if anything) saving music, because it’s bringing a corrupt and exploitative machine down to its knees.”

Preview Nordland below & get it for free at binaerpilot.no. If you like what you hear, the CD is available for $15.

via Binärpilot via the Submit A Story page.

60 thoughts on “Electronic Musician Fights For Piracy, Against ‘PopPopolution’”

One always has to remember these days where the garbage pail is. It’s so easy to make sounds and to put sounds together into something that appears to be music – but it’s just as hard as it always was to make good music.