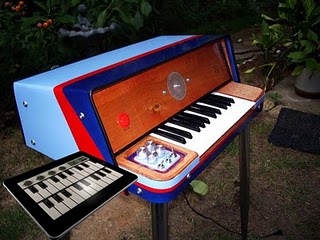 Omenie has announced plans for their first project of 2011 – a virtual fake Mellotron – as an iPad app:

For iPad and iPhone!!

How truly brilliant is that?!

A virtual fake Mellotron as an iPad app?