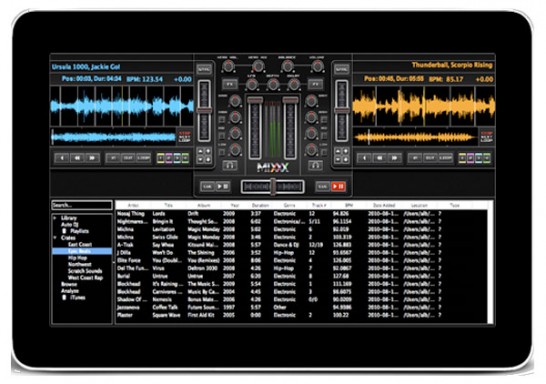 If you’re interested in the potential of tablet computers for music, but want an alternative to Apple’s iPad, you may want to check out the Indamixx 2 tablet.

According to Indamixx, the Indamixx 2 takes on the iPad, from a music makers perspective, and destroys it.

“Indamixx 2 is loaded with audio production features, such as the ability to digitally DJ with an HDMI port, stream audio live over wifi with IDJC, and produce music with ease using award winning DAW energy XT,” says Creative Director Ronald Stewart. “Unlike the iPad our software and hardware is open. Customers, can access all the available ports on the computer and they can add their own features in software. It’s the best of both worlds” adds Stewart.

The Indamixx 2 features hardware that, in many respects, beats the iPad, including 250 GB of hard drive storage, a 1.66 GHz processor and 3 USB ports.

But, while the Indamixx 2 offers a powerful, open alternative for tablet music-making,  the device is still in beta and doesn’t have the developer attention that the iPad has received.

What do you think about the Indamixx 2? Do you think it provides a viable alternative to the Apple iPad as a tablet music platform?

28 thoughts on “Indamixx Music Tablet Harder, Better, Faster, Stronger Than Apple iPad – But Does It Matter?”