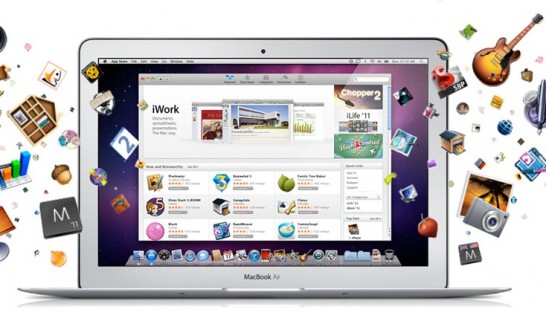 Apple’s launch of its Mac App Store today is a major tech story – but it’s likely to have significant implications for Mac musicians, and Windows-based musicians, too.

More than anything, though, the Mac App Store will give developers a reason to develop inexpensive Mac music software. Apple, for example, is selling its own iPhoto, iMovie and GarageBand media apps in the Mac App Store for $14.99 each. Other developers are likely to release new apps around this price point, too.

Do you want to look around the Internet until you find an interesting app, buy it without any trusted recommendation system, and then give your credit information to some unknown dude in a country on the other side of the world?

No – but dropping five bucks for an app in the iTunes store? For millions of people, it’s an impulse purchase.

The Mac App Store changes gives developers easy access to 50 million mac users. Make an app that appeals to 1 in 1,000 and you’ve got a hit.

Minimal up front costs, no packaging costs, no distribution costs and 70% of the profits mean that there are going to be 50,000 apps in the Mac App store within a year. Apple’s got 600,000 registered developers contemplating Mac app development, right now.

It’s not a stretch to imagine 1,000 new Mac music apps within a year. And yes – 100 of them will probably be fart pianos.

Some of the apps will be trivial or novelties. There’s going to be an explosion, though, of $5-10 Mac software synths, grooveboxes, sequencers and DJ apps.

More interesting, though, will be the arrival of a new generation of powerful music applications in the $10-50 range. The next Propellerhead Reason, the next Ableton Live, the next Native Instruments Komplete will probably come from a company that sees the opportunity for creating mass market “prosumer” music apps.

This is going to be an interesting time for Mac-based musicians. It could also be a frustrating one for Windows musicians, who may see developer attention focused on Mac platform. Many freeware developers will turn their attention to developing inexpensive Mac apps, too.

What do you think the implications of Apple’s latest announcements are for musicians? Leave a comment with your thoughts!

15 thoughts on “What The Mac App Store Means For Musicians”