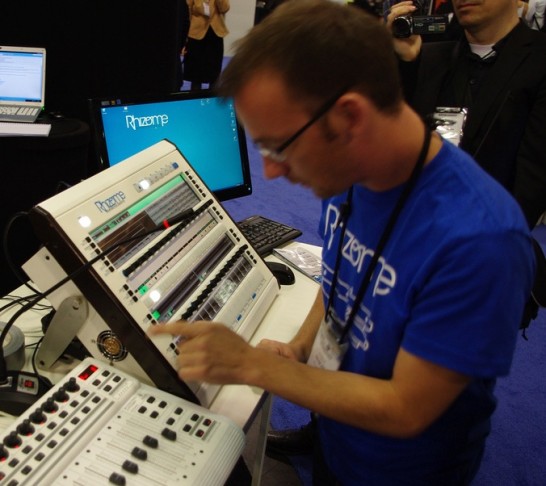 The Feeltune Rhizome has been available for a couple of months, but the 2011 NAMM Show was the first time we’ve had the chance to check it out in person.

It’s an impressive piece of gear.

The Rhizome basically takes the power of software synths and puts them into an extremely powerful groovebox.

So, instead of a mouse, you’re working with an extremely tactile interface, rich with feedback: 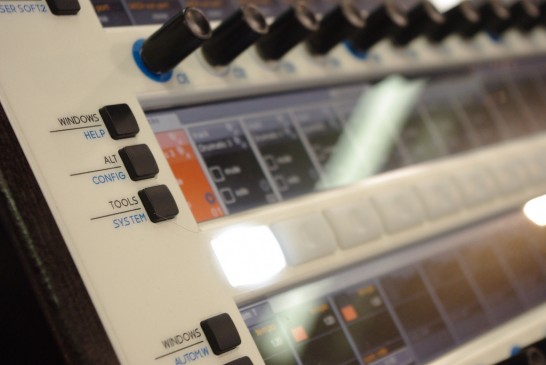 While you’ve probably seen many groovebox style sequencers, the Rhizome features tiered color screens that present detailed information. Nothing is buried away in menus, it’s presented logically directly next to the associated control knobs and switches: 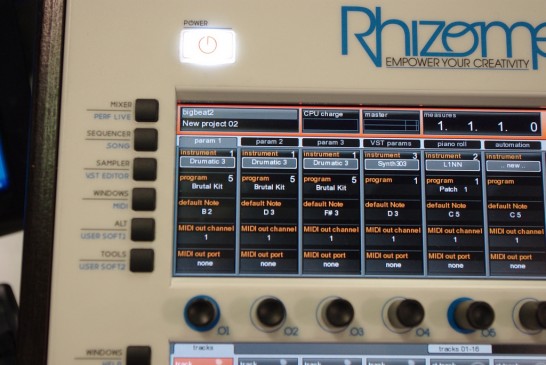 You don’t have to remember what the buttons do, because the screens update, depending on what you’re doing.

The core idea of the Rhizome is that you’re not using a computer, but a groovebox instrument that happens to have all the power of a computer inside of it. 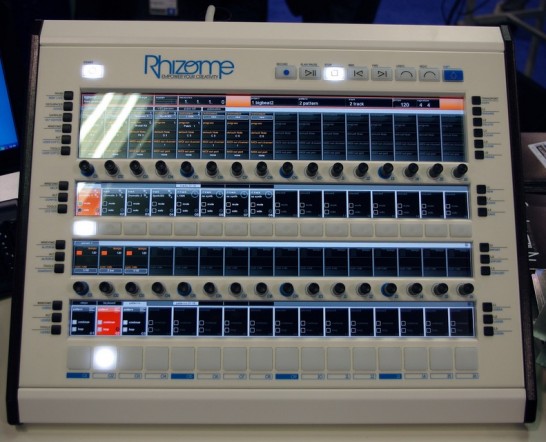 Here’s a demo video from the NAMM Show that gives you a taste of the Rhizome’s power.

Yes – it’s a German guy interviewing a French guy…in English – but the Rhizome, and designer Nicolas Piau’s enthusiasm for it, come through clearly.

See our earlier post on the Rhizome VST Workstation introduction for details, or visit the Rhizome site.

41 thoughts on “The Feeltune Rhizome VST Workstation At NAMM 2011”