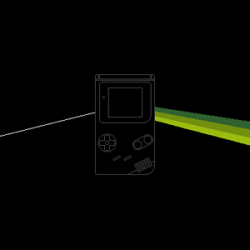 Pterodactyl Squad – a video game music netlabel – has released The Dark Side of the Moon – The 8-bit Album.

After the success of Weezer – The 8-bit Album in 2009, the Squad assembled an “all-star cast of chiptune talent” to create a VGM-inspired tribute to 1973’s, The Dark Side of the Moon. All 9 tracks have been filtered through an 8-bit lens, and while each artist brings a different sound and creative angle to each track, the album flows seamlessly together, just like the original.

Produced as an 8-bit mirror of the original, the music on this release was created using sounds from various old games consoles including the Sega Mega Drive and Nintendo Game Boy.

You can preview the sergeeo 8-bit take on Money below:

The Dark Side of the Moon – The 8-bit Album is available to download at the Pterodactyl Squad site or directly via archive.org (.zip).