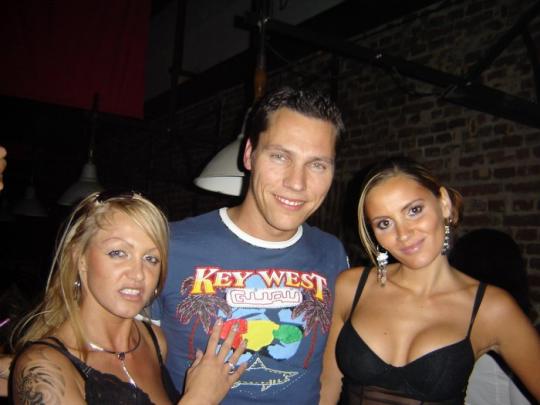 Want to make $20 million a year as an electronic musician?

Though Tiësto, the stage name of the Dutch disc jockey, producer and composer Tijs Michiel Verwest, has never had a crossover radio hit and his solo albums sell modestly, his annual income apparently exceeds $20 million.

“Yeah. Could be that,” says Tiësto. “Before taxes and costs.”

How does that work? It’s not all hanging with scantilly clad babes and DJing with both hands in the air, is it?

On tour, Tiësto is relentless. In March he performed in El Salvador, Guatemala, Peru and Argentina on consecutive nights. The week prior to Ultra he was on stage in Abu Dhabi in the United Arab Emirates, and two nights later in Utrecht, the Netherlands, about an hour from Breda, his birthplace. After leaving Miami, he performed on Saturday at the Taj Mahal in Atlantic City, N.J., and he’s booked at U.S. venues every night this week.

“When I tour, I tour hard,” he said. “On some airlines, I’m platinum for life. But now I use a private jet. It makes a big difference. Otherwise, I couldn’t do it.”

Now 42 years old, Tiësto has been performing since the mid 1980s, spinning prerecorded music and creating mixes in clubs. A classically trained pianist, he began releasing his own dance recordings in the early ’90s. “There was no money to be made back then,” he said. “It was to travel the world, to be relevant.” His philosophy is basic: “You must as well enjoy your life. If you can make your hobby a job, you’re in good shape.”

On the basis of his remix albums and his marathon shows—a six-hour solo set was a habit for Tiësto for a while—the British monthly dance publication DJ magazine named him the world’s top DJ for three consecutive years beginning in 2002. (DJ Magazine is now published in 11 languages, including Chinese.) In 2004, Tiësto provided the music for the Parade of Nations during the opening ceremony of the Summer Olympics in Athens, Greece, thus introducing his music to a world-wide television audience. Three years later, he played Coachella’s main stage, which is usually reserved for A-list rock stars.

There’s a lesson in there about persevering, working hard and dedicating your life to your music.

But we’re still not sure about the DJing with your hands in the air thing.