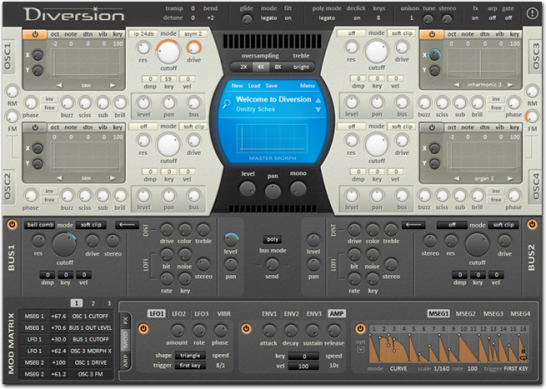 Diversion is available now for Windows for US $150. A Mac version is in development. Demo version available.