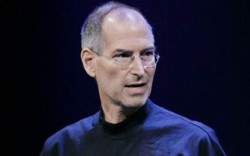 Steve Jobs announced today that he was resigning, effective immediately, as CEO of Apple.

In his public statement, he refers to his health issues as the reason for his decision:

To the Apple Board of Directors and the Apple Community:

I have always said if there ever came a day when I could no longer meet my duties and expectations as Apple’s CEO, I would be the first to let you know. Unfortunately, that day has come.

I hereby resign as CEO of Apple. I would like to serve, if the Board sees fit, as Chairman of the Board, director and Apple employee.

As far as my successor goes, I strongly recommend that we execute our succession plan and name Tim Cook as CEO of Apple.

I believe Apple’s brightest and most innovative days are ahead of it. And I look forward to watching and contributing to its success in a new role.

I have made some of the best friends of my life at Apple, and I thank you all for the many years of being able to work alongside you.

Job’s reign as CEO of Apple is recognized as a remarkable example of management. Apple was a failing also-ran when Jobs returned in 1996, now it has category defining products and is the most valuable company in the world.

Jobs could not leave the company in better shape – but the change is certain to take a toll on the company’s stock and to leave many OS X and iOS users wondering what the future holds for their platforms.

It’s premature to conjecture what the implications are for the two systems as music platforms. For the near term, both OS X and iOS are state of the art platforms that should continue to be popular with musicians. Long term, though, the platform’s futures will depend on how effective Cook and Apple are at continuing Apple’s legacy of innovation.