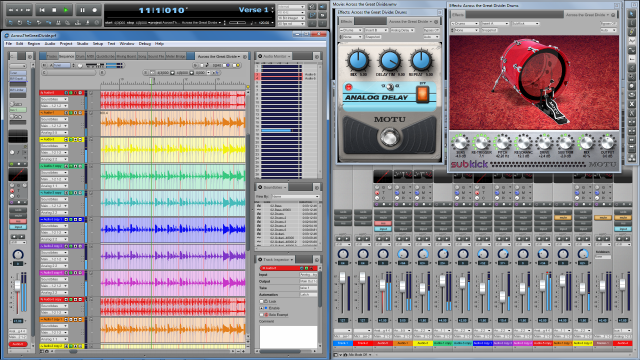 DP8 will operate in 32-bit or 64-bit mode on Mac OS X and Windows 7. On Windows, it will support VST plug-ins and Rewire.

Digital Performer 8 is expected to ship by Spring, 2012. Pricing is TBA.

MOTU also demonstrated iPad support for CueMix FX, the mixing and effects processing engine in MOTU’s current line of audio interfaces. With a simple software update, MOTU audio interface users will be able to control the mixing and processing features in their MOTU interface from OSC-compatible iPad software, which offers graphic, multi-touch control over the hardware’s mixer, EQ, compression and reverb. iPad support for CueMix will ship as a free software update in Spring, 2012.