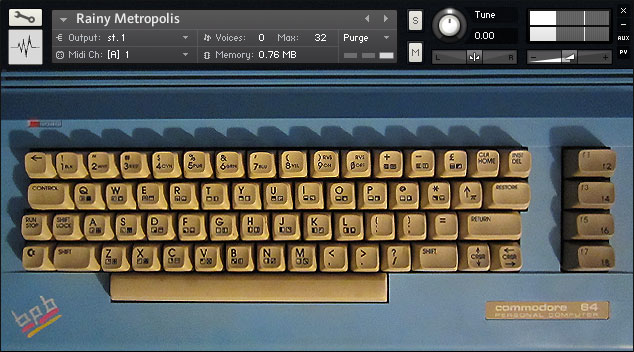 I’ve released the first part of what will be the “Commodore 64 Synthesizer Sessions” free sample pack series. The sounds were created in the MSSIAH Mono Synthesizer running on my Commodore 64 with the SID 8580 chip installed. All samples are recorded and kept 100% dry for maximum authenticity.

The goal is to capture famous SID sounds, as well as some classic synth sounds you wouldn’t expect to hear coming from a Commodore 64. The first pack includes two classic lead sounds and one called Rainy Metropolis, inspired by Yamaha CS-80 sounds used by Vangelis in the Blade Runner opening sequence.

You can preview the Commodore 64 Synthesizer Sessions sample pack below.