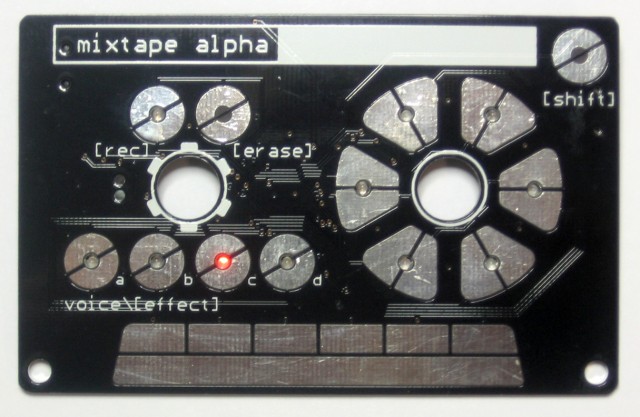 Open Music Labs has introduced Mixtape Alpha – a new synth they describe as ‘the smallest synthesizer we could make without a prescription.’

Mixtape Alpha has a Stylophone style input for continuous note generation, and 6 buttons for discrete notes. It allows for 4 voices, 4 effects, and 5 note polyphony.

The best part, according to the designers, is that “you can record the songs you make, and trade mixtapes with your friends.”

Mixtape Alpha is based on the ATmega328p and can be hacked to make even crazier sounds. Details on hacking the Mixtape Alpha are available.

Mixtape Alpha is available for $35.