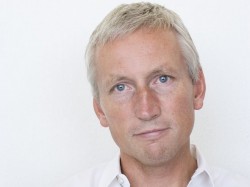 In the interview, he explains why Propellerhead isn’t putting their new Figure app out on Android:

There are some issues with the Android platform that we need to research and understand more about. One of them is that Android phones are all different, they’re not all exactly the same. You need to do a lot more testing and compatibility work than on iOS.

Apple’s iOS is an incredible platform for developers like us because we know that every iPhone and iPod Touch is exactly the same for every user. With Android we’re back into the territory we were in with computers: PCs with different sound cards, etc. It’s not that we don’t like the Android platform, but it’s just not as easy to develop for.

Nathorst-Böös’s comments echo the feedback we’ve had from indie developers – the diversity of devices on Android is a double-edged sword.

Nathorst-Böös also hinted at Propellerhead’s future plans for the iPad:

Figure for iPhone was a good way to start because it forced us to think differently. The iPad is munch closer to a computer than an iPhone is, and we really wanted to bring a new take on mobile music making, so it was a conscious decision to start with the iPhone.

What do you think of Propellerhead’s stance?