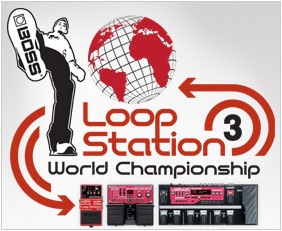 Boss has announced the Loop Station World Championship 3 – a contest for BOSS loopers.

Competition is open through August 31, 2012. Upload a video performance using any BOSS RC-Series Looper to Youtube.com that is five minutes or less. See the Boss site for details.