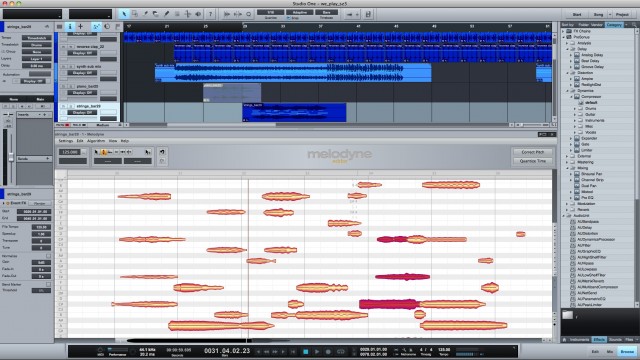 Celemony has announced that its ARA Audio Random Access interface extension is now available to all software manufacturers. ARA allows for the improved integration of Melodyne and similar plug-ins into digital audio workstations (DAWs).

As an extension of existing plug-in interfaces such as VST or Audio Unit, ARA opens an additional channel of communication through which the DAW and plug-in are able to exchange information about the audio files and their placement in the song, as well as over their tempo, pitch, rhythm and more. The plug-in is “far closer to the action” in the DAW and therefore works considerably more efficiently; the DAW, for its part, is able to integrate the plug-in and take specific advantage of its strengths, as though the plug-in were part of the DAW itself.

ARA has been implemented in Presonus Studio One as well as in Melodyne editor, assistant and essential since the end of last year. The ARA-facilitated interaction between Studio One and Melodyne leads to a user-friendly workflow that goes far beyond anything previously afforded by plug-in interfaces and allows a still more effective use of Melodyne.

With the ARA Software Development Kit (SDK), other manufacturers of DAWs and plug-ins can now integrate ARA into their own products free of charge.

“Since Melodyne – thanks to ARA – is now integrated more seamlessly into Studio One, there are fewer hurdles and you can play with it in a far more musical way,” says Melodyne software architect Carsten Gehle. “Since we developed ARA in collaboration with Presonus, it reflects the points-of-view of both plug-in and DAW manufacturers. Furthermore, we’ve made ARA as open as possible, so that as many applications as possible can benefit from it.”