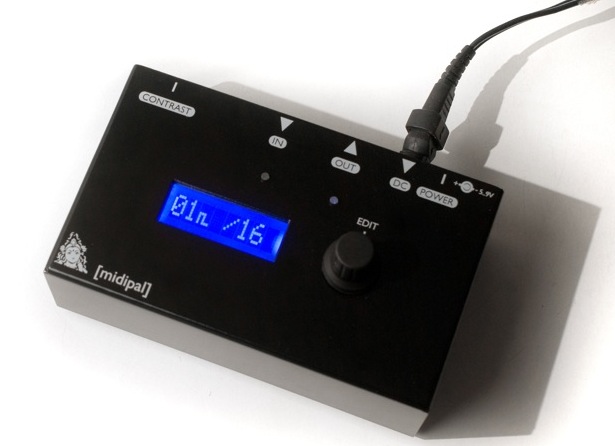 Mutable Instruments has announced MIDIpal – described as ‘a small and smart MIDI processor’.

To use it, you insert it between a MIDI keyboard (or sequencer) and a MIDI sound module, and it modifies the MIDI signals in musically interesting ways. For example, it can be used as an arpeggiator, chord memory, step sequencer, scale mapper, randomizer, clock divider and more.

CDM’s Peter Kirn talked with MIDIpal creator Émilie Gillet, who had this to say about the MIDI device:

One side of the MIDIpal is that it tries to be a “Swiss Army knife” for MIDI. The MIDIpal provides “plumbing” features for filtering events and channels. There are a few built-in modules for doing that (by lack of better terminology, they are called “apps”), but it can be programmed more in-depth with an editor.

The other side is MIDI event processing for creative purposes. The MIDIpal UI is deliberately minimalistic (one encoder). It’s obviously not something you perform “on”; it’s more something you set up and perform “with,” from your keyboard.

In a sense, the 49 or 61 keys of the keyboard are the real interface of the MIDIpal when used with those apps, including the classic arpeggiator and chord memory, a delay that can also transpose echoes and skew their velocity, and a scale processor which rounds all notes to a defined scale. 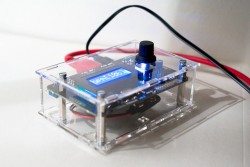 The MIDIpal is available in three different forms:

Here are some examples of how the MIDIpal can be used:

If there’s something else you’d like it to do, MIDIpal can be programmed with new features.

The MIDIpal is available at the Mutable Instruments site.