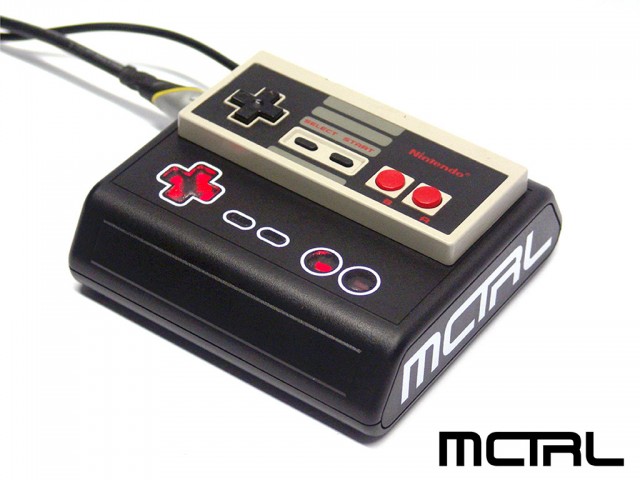 Why would you want a MIDI-controlled NES Gamepad?

There are many homebrew audio/video titles for the NES that can’t easily be synced with a traditional DAW or MIDI keyboard/device. The MCTRL (pronounced M-CONTROL) incorporates MIDI In, Thru & Out – making it easy to integrate the NES into your MIDI setup. 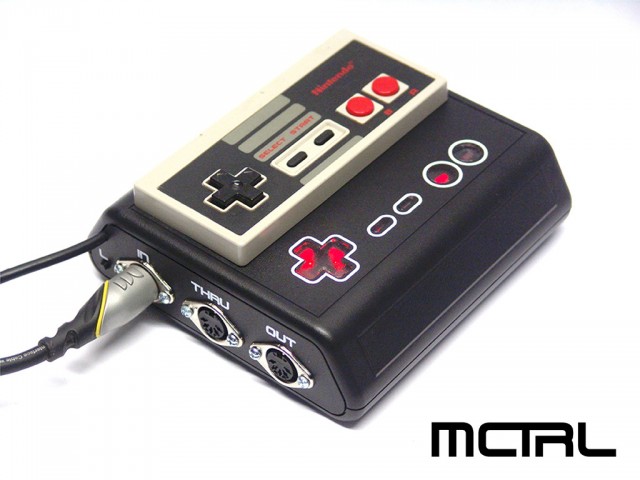 We have built the MCTRL out of durable ABS plastic, strong enough for the hard rigors of live shows. We use an original NES Gamepad that retains its full functionality and use. We add a full feature MIDI pcb from HighlyLiquid.com that is fully powered from the Gamepad and requires no additional power interface.

We insure full NTSC and PAL compatability for all of our MCTRL’s including the free Cartridges we include with every MCTRL sale. You can resell your MCTRL and cartridge to anyone in the world and not have to worry about compatibility problems or issues. The cartridges feature the Ciclone chip from RetroUSB.com.

The LED’s light indicating what your MIDI device has triggered. This makes it very easy to see exactly what is happening. You can still use the Gamepad buttons simultaneously.

The MCTRL has a ‘LEARN’ function. This allows quick programming of the MCTRL. Once put into ‘LEARN’ mode it will take the next 8 midi commands you send it and stores them. There is also software for MAC/WINDOWS that will allow you to drill down into more features and set very specific parameters.

Here’s an overview of the MCTRL and demos of it working with some NES apps: