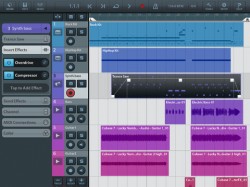 Cubasis is a DAW with a set of tools focusing on mobile work. Projects created in Cubasis can be opened in Cubase for Windows or OS X.

Note: If you use Audiobus please install the latest Audiobus update to ensure 100% compatibility with this Cubasis version.