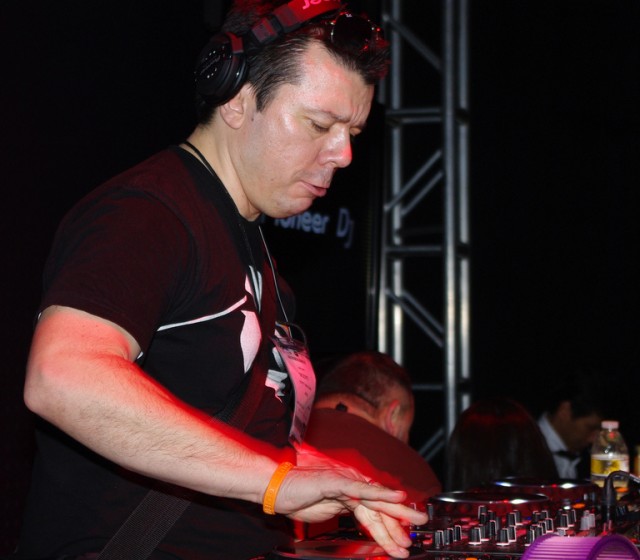 The Crystal Method has announced that their next studio album will be indefinitely delayed because of Scott Kirkland‘s brain surgery.

Per doctor’s orders following recent brain surgery, Scott Kirkland will remain under home medical treatment. As a result, the release of the bands upcoming studio album has been delayed and their summer tour dates have been postponed or cancelled.

Scott Kirkland has prepared the following statement regarding his current medical situation and future plans:

“Many months ago I started experiencing short, but painful headaches. Thinking they were related to too many flights (or one too many flights of tequila), I didn’t think too much about it, but during my annual checkup I mentioned the headaches to my doctor. She recommended a brain MRI. Scary, but No big deal, right???

Well, thankfully no tumors, but the MRI did find something called a ‘benign posterior fossa arachnoid cyst,’ which normally would be left alone and monitored with future MRIs. That diagnosis worked for me because Ken and I were busy putting the finishing touches on our self-titled studio album that would be followed up by a big summer tour.

I was referred to the very talented University of Southern California brain surgeon Dr. Chen, who evaluated the diagnosis and explained that complications with my cyst could arise due to my tendency to get a little excited on stage. He recommended surgery.

A date was set for extraction of said cyst and on April 11, 2013, I was given a dose of the ‘good stuff.’ A few hours later I came to with a well-sutured hole four-and-a-half inches long in the back of my head and a pain that was only appeased by a round of pharmies. After a few days in the hospital, I got to go home and a week later I felt good enough to join Ken in the studio for a couple of hours on two consecutive days. Some of you might have seen the picture on our Facebook page.

Just when I thought I was on the mend, I contracted an infection and, due to complications, I ended up back in the hospital where I spent most of my next 10 days in ICU dealing with a painful lumbar spinal drain, aka a ‘Spinal Tap.’

Pain that seemed to be set on 11 held me hostage for the first 24 hours. The line from the movie Spinal Tap—”Given the history of Spinal Tap drummers, uh, in the past, do you have any fears, uh, for your life?”—made me laugh a few times, but all in all it was not fun.

Finally, this past week I got home to my wonderful family and a healthy supply of antibiotics that automatically dose me every four hours intravenously, and will continue to do so for the next few weeks.

I’m itching to get back in the studio and finish mixing the last two tracks for what is an amazing record with Ken, but I recognize my need to rest until I get the thumbs up for a return to work from Dr. Chen.

I can’t tell you how frustrating it is for me that my health has made us postpone the release of the new record and cancel a summer full of amazing shows. But I am fully intending to be back in the studio in a couple of weeks with Ken, and our agents are starting to work on putting together new shows for the fall.

Love you all and Keep Hope Alive,
Scott”

You can let Kirkland know that the album can wait until he’s full recovered via the band’s Facebook page.