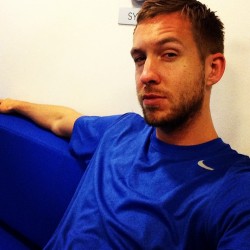 Forbes has released its ranking of the world’s highest paid DJs for 2013, with Calvin Harris (right) at the top, pulling in $46 million for the year.

At least Harris has some perspective on his success.

“The rise of dance music has been astronomical in the last three years,” says Harris. “I happened to be in the right place at the right time.”

Consider everything an experiment.