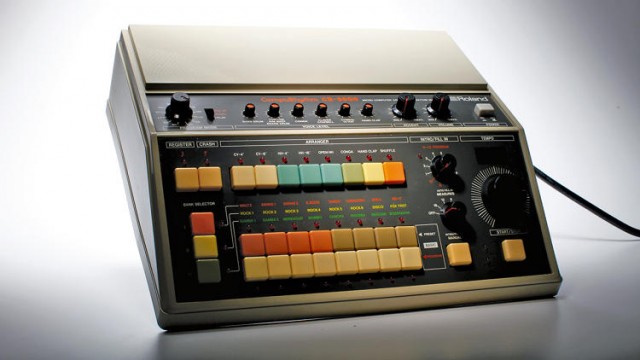 Get On Down Publishing has announced a new coffee table book, Beat Box : A Drum Machine Obsession, that looks at vintage drum machines.

It all started with one machine. The location was Boston, Mass. The year was 1985. The beat box in question was the TR-808. Almost three decades later, Mansfield’s obsession with drum machines has finally spilled out of his home and climate-controlled storage space into the world at large.

With Beat Box : A Drum Machine Obsession, the Boston-based hip-hop producer and music industry veteran shares his deep love and respect for beat boxes on every page.

The Book features gorgeous photos of 75 drum machines by Gary Land, background and facts about each machine gathered by Mansfield; archival advertisements; and interviews with master drum machine programmers and innovators including Davy DMX, Schoolly-D, Marshall Jefferson and Roger Linn. The range of drum machines covered spans several decades, from the 1950s to the late 1980s.