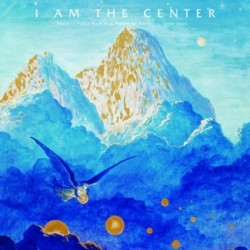 I Am The Center: Private Issue New Age Music In America 1950-1990 is a new retrospective compilation that looks at ‘new age’ music.

Label Light In The Attic Records describes the anthology as “the first major anthology to survey the golden age of new age”. It features some better-known new age artists, such as Steven Halpern, Constance Demby, Laraaji and Michael Stearns, along with works by seminal artists of the genre and other important works.

Here’s what they have to say about the retrospective:

New age, at its best, is a reverberation of psychedelic music, and great by any standard. This is analog, handmade music communicating soul and spirit, often done on limited means and without commercial potential, self-published and self-distributed. Before it became big business and devolved into the spaced out elevator music we know and loathe today, this was the real thing.

Lovingly conceived and lavishly presented, I Am The Centerfeatures stunning paintings by the legendary visual artist Gilbert Williams, and liner notes by producer Douglas Mcgowan, who weaves the words and images of the wizards and sorceresses of new age into a prismatic portrait of music that can finally be recognized for what it is: great American folk art.

Here’s a video preview for the vinyl version:

It’s available via Amazon and other retailers.