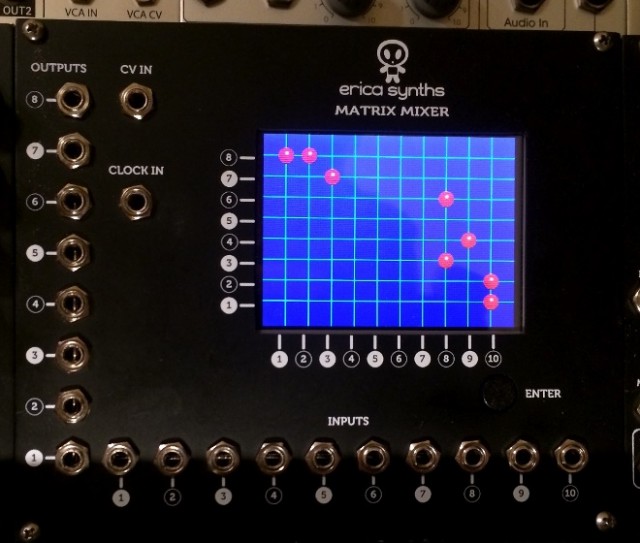 Here’s what they have to say about the Matrix Mixer:

Erica Synths has been developing the Matrix Mixer for over 6 months, and the main challenge was to get analogue mixer part working perfect.

The module basically replaces 3 persons and 11 hands during live performances.