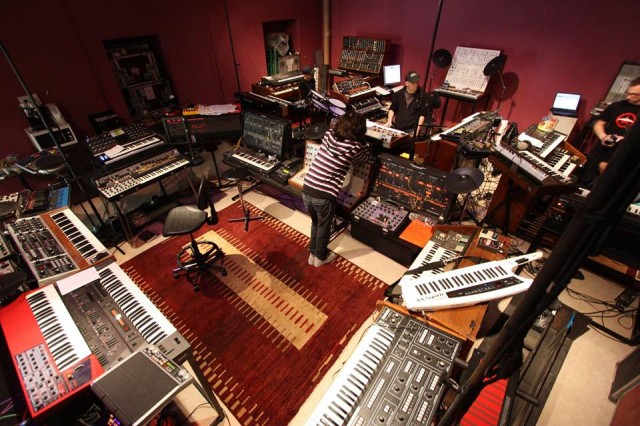 Pioneering synthesist Jean Michel Jarre shared this awesome photo of his vintage gear-filled synth lair, which is, he notes, “where the magic happens.”