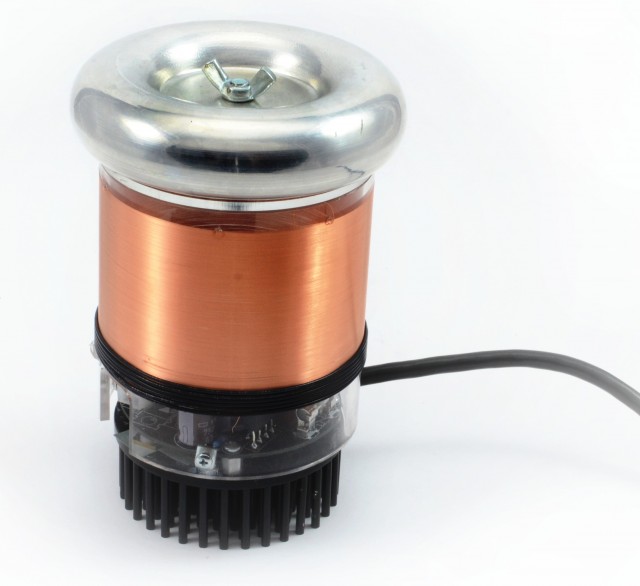 oneTesla let us know about tinyTesla, a new Kickstarter project to fund a little MIDI Tesla coil kit that’s designed to be easy to build.

tinyTesla is a desktop MIDI Tesla coil kit designed to be suitable for beginners or veterans in electronics. The project has blown past its $20,000 fundraising goal, with more than 10 times that amount already pledged. Backers can get a kit to build a MIDI tesla coil for about $150.

The Tesla coil’s lightning heats up air and creates pressure waves that are audible as sound. The more times per second the lightning fires, the higher the pitch created.

Here are a few musical demo videos of the tinyTesla:

Pirates of the Caribbean on tinyTesla:

Dubstep Bach on the tinyTesla:

See the project site for details on the tinyTesla.

In addition to the tinyTesla, oneTesla has introduced the oneTeslaTS, a powerful MIDI Tesla coil that shoots two-foot sparks of lightning.

It’s a rework of oneTesla’s current kit, designed based on the feedback of hundreds of former kit-builders. It was designed with ease of construction in mind.

The oneTeslaTS kit is expected to sell for $399. See the oneTesla site for details.

If you’ve used one of oneTesla’s MIDI tesla coils, leave a comment with your thoughts!