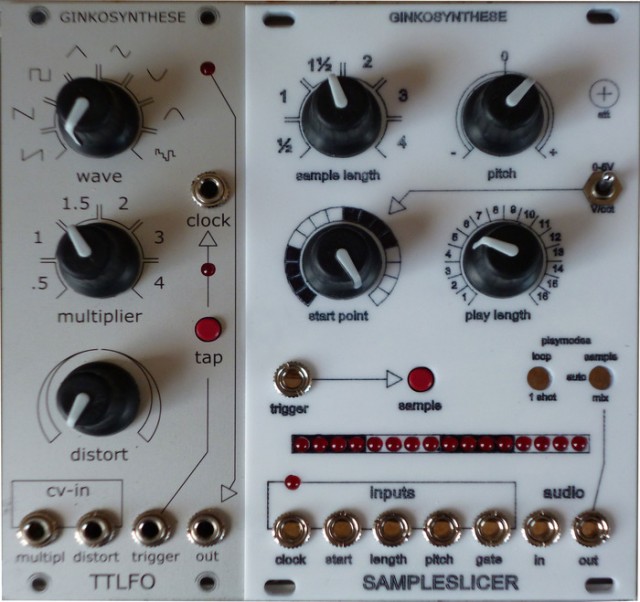 Developer Jan Willem has announced a Kickstarter project to fund production of the Sampleslicer – a Eurorack realtime sample player module.

The Sampleslicer is a real-time monophonic sampler, including a 16 step voltage-controlled sequencer.The incoming sound is chopped up automatically into 16 parts by the incoming clock signal and spread out over the16 steps in the internal sequencer.

The Sampleslicer is available via the Kickstarter project for €315. The project is well on its way to being funded, reaching more than half of its goal after two days.

One thought on “Sampleslicer Eurorack Modular Now Available To Order”