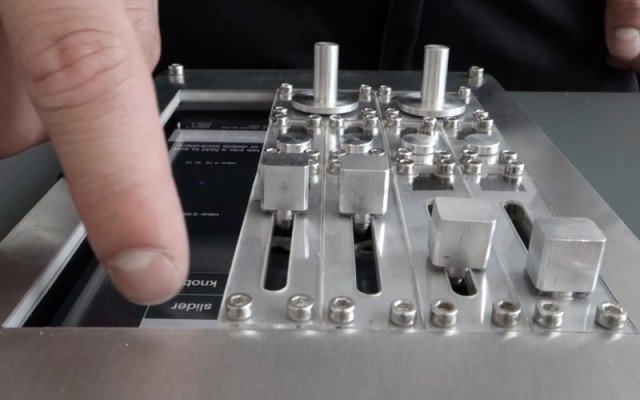 Modulares Interface B.A. is a physical interface for iPad, created by Interaction Designer Florian Born, that uses knobs, buttons and sliders to provide precision and haptic feedback when operating a digital interface.

The project is a design concept meant to explore ways to bring more haptic feedback to iPad controllers.

Here’s a video demo of the Modulares Interface in action:

Here’s what Born has to say about the system:

The project has been developed to provide a variety of physical controllers. These controllers expand the usage of a touch device with a haptic feedback while adjusting parameters. By using magnets, the different controllers can easily be arranged onto the iPad. A modular interface appears, which uses a given device just like the iPad.

Details on the Modulares Interface are available at Born’s site.

33 thoughts on “Modular Interface For iPad”