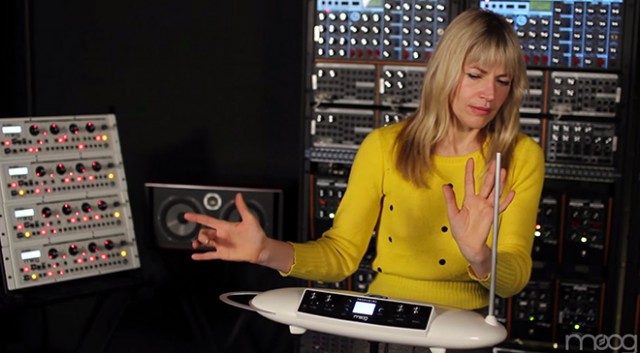 At the 2014 NAMM Show, Moog Music introduced the Theremini – a new take on the theremin that offers traditional analog control, combined with an advanced synthesis engine.

The Theremini comes with 32 patch presets – but when we talked with Moog at NAMM, they told us that they were working on a patch editor that would let you create custom patches for it.

The Moog Theremini Advanced Software Editor allows you to access new layers of the Theremini’s synthesis engine, so you can tweak presets and create new ones. The Editor also includes an exclusive library of new presets to kick-start your creative process.

Note: This application does not make sound by itself. It is an editor librarian app for the Moog Theremini. To use this app, the user must have a Lightning to USB host adapter (for iPads with Lightning connector) or the Apple Camera Connection Kit (for iPads with 30pin connector) and a mini USB cable.

The Editor is a free download via the App Store. If you’ve tried it, let us know what you think of it!