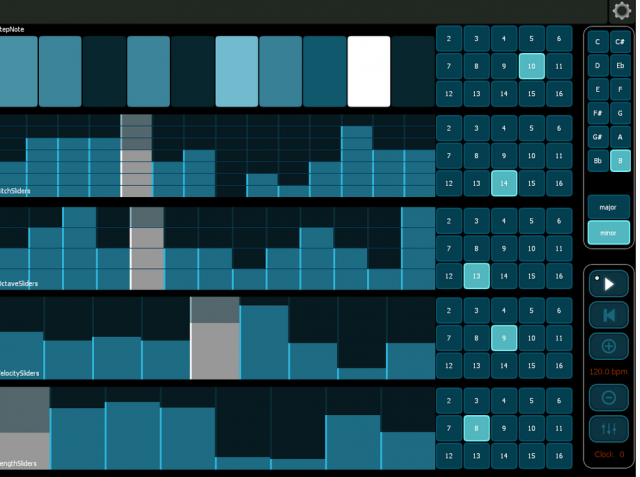 Lemur was originally a hardware controller – the JazzMutant Lemur. But, when Apple released the iPad, the dedicated hardware version was doomed. By 2011, the platform was reborn as a Lemur application.

Now Liine has introduced Lemur for Android. But, while it’s available for Android, it’s only officially supported on the Nexus 7. Liine explains why:

Android is a vast platform and Liine had to choose which devices to support from the very beginning. Lemur is officially supported on Nexus 7 – this means that if you buy it for this device, Liine are committed to getting you up and running.

It has also been tested on various Android 4.2+ devices with positive results. The list of officially supported devices will grow in the near future. 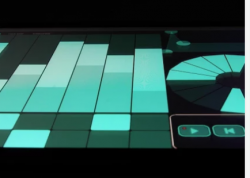 With this and other recent Android music app announcements, companies appear to be testing the waters to understand the viability of bringing successful iOS music apps to Android. Recent crossovers include IK Multimedia’s AmpliTube, MixVibe’s CrossDJ and Algoriddim’s djay 2.

Canvas — Canvas is a brand new object that lets you script custom widgets with full multitouch support. The object is adapted from the HTML5 Canvas element, which means you can design widgets featuring complex shapes, animation, shadows, and transparency The Canvas object opens the door to a completely new Lemur experience, where the appearance and behaviour of objects can be designed to precisely match the demands of your project. Polygons, waveforms, circular objects and infinitely more are all possible with Canvas.

Sequencer — Lemur 5.0 introduces a family of new features for tight sequencing. This includes three new objects: StepNote, StepSwitch and StepSlider. Each of these provides a different flavour of sequencing and is ready to use right out of the box. The objects do the hard work for you, simple add them to your template and they are ready to control your MIDI instruments.

Skins — Lemur features three new skins, in addition to the classic look. Choose the look that fits your style and get inspired.

Connectivity — Lemur Android supports OSC and MIDI over Wi-Fi, as well as over USB with 3rd party tethering utilities.

Check it out and let us know what you think of the announcement!

3 thoughts on “Lemur Now Available For Android, Supported On Nexus 7”