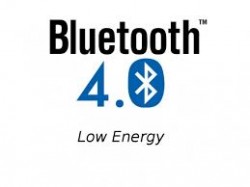 Developer Matthias Frick (MIDI LE) let us know that he has released the source code for his Arduino MIDI over Bluetooth project, Blidino, at GitHub.

Blidino is an Arduino project, designed to allow you to add wireless connectivity to standard MIDI devices, using the recently added MIDI over Bluetooth protocol on iOS and OS X.

Here is a video demo:

Here’s what Frick has to say about the project:

I finally put up the source code for my ongoing Arduino MIDI over Bluetooth to iOS/OSX Project today. I was able to bring down latency a bit more (it is now basically unnoticeable as you can see in the video, it should be around 5 to 10ms, but honestly I can’t tell and haven’t made any scientific measurements).

Also the Novation MK2 Keyboard (which draws quite a bit of power) and the Arduino board are both powered from a single 9V battery as you can see in the video, which makes it perfect for off-studio usage.

The only downside is, that it only supports MIDI Out right now (you can control other devices wirelessly, but you cannot control the device attached to it), which is a limitation by the Bluetooth chip and its company being unwilling to implement a certain feature which allows for so called “packet fragmentation” that seems to be part of the MIDI over Bluetooth standard.

Note: The project currently only supports MIDI out to iOS/OS X.

Frick is also looking for input, preferably on the GitHub link where he’s hosting information about the project.