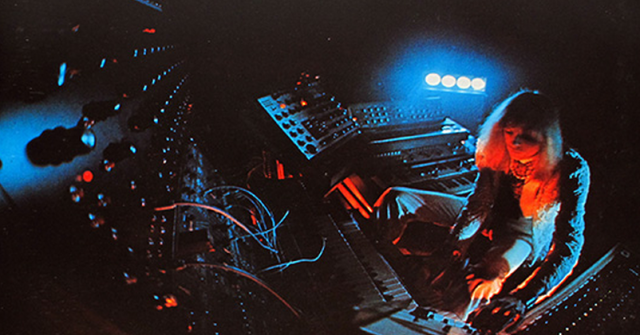 Klaus Schulze is one of the seminal artists of electronic music.

He was an early member of Tangerine Dream and Ash Ra Tempel, but quickly established himself as a solo electronic artists. In the 70’s, Schulze helped define the ‘Berlin School’ of electronic music – a new style of music that was performed almost completely on synthesizers.

Over the last 5 decades, Schulze has been prolific, releasing more than 60 albums. He’s also released 50+ CDs of material from his vaults that didn’t make it onto his ‘official’ albums.

As a result, his massive discography is daunting.

Here are five essential Klaus Schulze albums, covering both his classic and more recent work. This is not intended to be a ‘best of’ list – but, instead, a selection of albums that provide an introduction to the full range and scope of Klaus Schulze’s work. 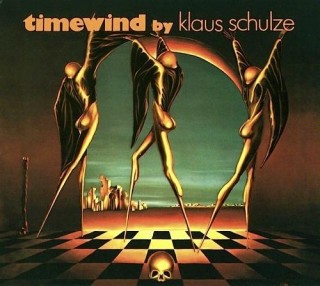 Timewind (1975) – just about any ‘best of list’ for Klaus Schulze will include Timewind, because it is, arguably, the album where he first fully defines his sound.

From the swirling white noise that starts Timewind to the Moog sequences, key changes, drones and half-hour plus track lengths, it’s all there. 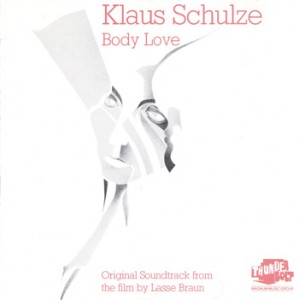 Body Love (1977) – many Klaus Schulze fans consider his late 70’s albums to be his most important work.

Body Love is a two-album set of tracks, from the soundtrack of an adult movie of the same name by Lasse Braun. While the film may have been forgettable, the music of Body Love captures Schulze at the peak of his 70’s analog sound, and encapsulates the range of this work.

And Nowhere – Now Here is the prototype Klaus Schulze track, starting with a raga-like drone, building into a broad, sequence-driven synth exploration and then building to a climax of interlocking sequences, Moog lead and drums. 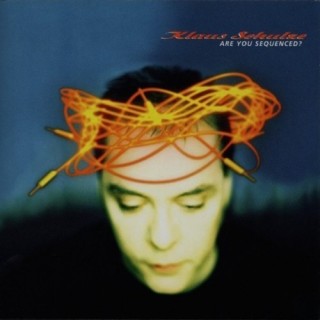 Are You Sequenced? (1996) – This album offers both a taste of his mid-90’s work and his flirtations with a more mainstream techno sound.

Schulze has been called ‘the godfather of techno’. While that title doesn’t really reflect the range of his music, it does reflect the inspiration some later artists have taken from his work.

Are You Sequenced? offers two CDs. The first is based on a live performance in Derby, Great Britain and is sort of the ‘4 on the floor’ version of his mid-career sound. The second is an hour+ driving techno mix of Schulze’s orchestral and vocal sampled sound collage.

For some fans, this album is the intersection of two of their least favorite eras of Schulze’s music. And listeners new to his work would probably be better off starting with his 70’s analog work or his work from 2000 on. Nevertheless, Are You Sequenced? is a good introduction to the middle two decades of Schulze’s career.

Are You Sequenced? at Amazon. 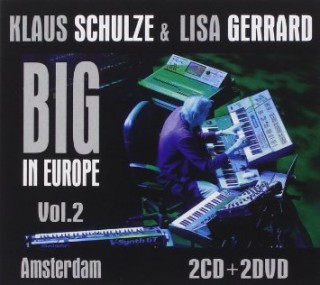 Klaus Schulze & Lisa Gerrard: Big in Europe Vol. 2 (2014) – two key aspects of Schulze’s extensive discography are his series of collaborations with vocalists and acoustic musicians and his series of live performance recordings.

These come together in his live albums with vocalist Lisa Gerrard. Gerrard is a vocalist and composer of unique range and timbre. The only artist Schulze has worked with more extensively is Pete Namlook.

The Schulze + Gerrard combination works well, because Gerrard’s worldless vocals and Schulze’s synths mesh sensitively, creating evocative soundscapes, operatic electronica and alien songs. And – out of all their collaborations – Big In Europe Vol 2 captures what is arguably their best performance.

Big in Europe Vol. 2 at Amazon. 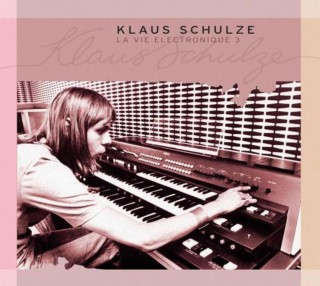 La Vie Electronique Vol 3 (2010) – some artists re-release albums with a few ‘lost tracks’, others will release a ‘lost album’.

Klaus Schulze cleared out his vault of unreleased tracks with his La Vie Electronique series. It’s an absolutely massive collection of 45 CDs, covering about 30 years of his recording career.

This is not the music that helped define Berlin School electronica, but it is a motherlode of music for Schulze fans.

Schulze’s vault of rarities has been released as 15 3-CD collections. Vol 3 is a good starting point for fans interested in digging further into his work. It features unreleased tracks from 1975-1977, a favorite era of Schulze’s work, and is a good introduction to the La Vie Electronique series as a whole.

There is a full discography of Schulze’s work at his official site.

A good composer does not imitate; he steals.