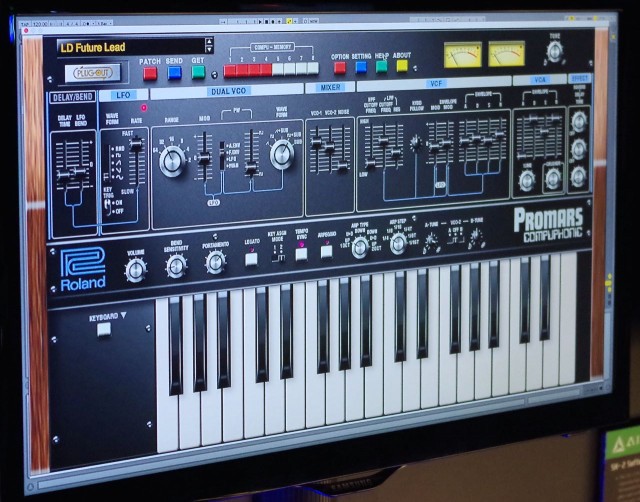 At the 2015 NAMM Show, Roland previewed another ‘Plug-Out’ synthesizer for the Aira System-1 platform, a recreation of the Promars synthesizer.

The System-1 is a hardware synthesizer that can have different audio ‘personalities’, based on the firmware that it is loaded with. It has its own synthesizer built-in, but can also be loaded with Roland ‘plug-out’ synths, that can be used on your computer or loaded to the System-1.

Roland has previously introduced Sh-101 and SH-2 plug-out synths. At the Show, they introduced the Roland Promars. And, as the video demonstrates, Roland is committed to the plug-out platform and is interested in creating new synths for the platform, in addition to recreations of vintage classics.

The Roland Promars recreates a rare synth they describe as a precursor to the Jupiter-4. For some history on the Roland Promars, see Gordon Reid’s SOS lookback on the ‘Compuphonic’ keyboard.

The Roland Promars plug-out synth is expected to be available in March, 2015.