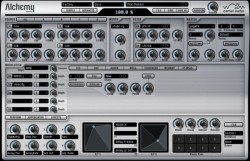 According to Apple-focused news site MacRumors, Camel Audio has been acquired by Apple.

Camel Audio’s address has been updated to 100 New Bridge Street, which is Apple’s London address, and the company’s sole director is now listed as Apple lawyer Heather Joy Morrison, suggesting the company is in the possession of Apple.

In January of this year, Camel Audio, maker of Alchemy, CamelSpace & CamelPhat, announced that it was closing shop. In a statement they said, “We would like to thank you for the support we’ve received over the years in our efforts to create instruments and effects plug-ins and sound libraries.”

No official announcement has been made by Apple about the Camel Audio acquisition. The company made 20 corporate acquisitions in 2014, but it rarely comments publicly on them.

What do you think about Apple’s acquisition of Camel Audio? Leave a comment with your thoughts!