Here’s a video demo of Sound Fighter in action:

Sound Fighter was created by DDB Paris for the Maison de la Radio. Two pianos were outfitted with piezoelectric sensors that capture notes: 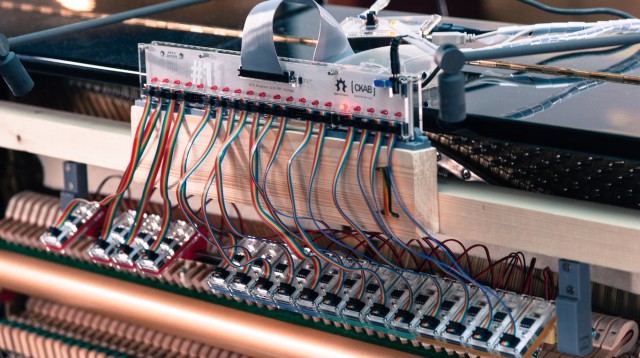 A Raspberry Pi, an Arduino Uno and custom PCBs are used to capture the information and translate it into game controller signals.

The controller firmware is designed to translate notes into game control in a way that will, hopefully, be both musical and a fun way to play. Here are a few example mappings:

Check out the demo and let us know what you think!