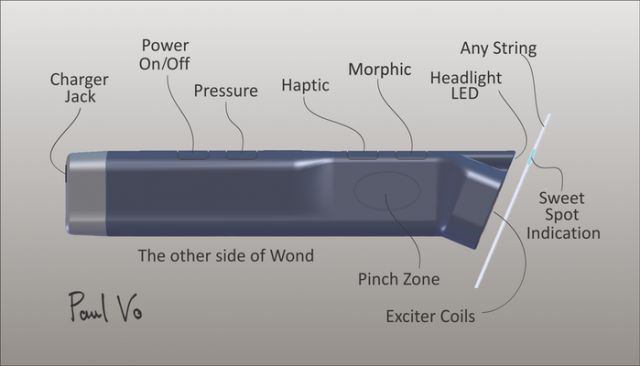 Designer Paul Vo’s Kickstarter project to fund the production of his new Wond String Exciter has reached its funding goal, with more than two weeks left to go.

The Wond String Exciter is a new device, designed to let you explore new ways of playing string instruments.

According to Vo, the Wond is the most powerful handheld exciter, sustainer and controller ever invented. It is a magnetic plectrum for strings, that lets you create infinite sustain and play the harmonics of a string in new ways.

While the Wond is targeted towards guitarists, Vo notes that “it will drive just about any instrument with steel strings. Pianos, harps, violins – you name it!”

Here’s an overview of the Vo Wond prototype from this year’s NAMM Show:

The Vo Wond is available to project backers starting at US $198. It is expected to start shipping in September 2015.