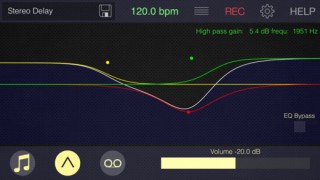 VirSyn has introduced Tap Delay – a new iOS effect app that combines the sound of vintage tape echo machines with a modern, step sequencer-like tapped delay engine, which they say ‘continues the tradition of the tape echo machines into the 21st century’.

Tap Delay’s tape simulation includes these options for the recreation of a faithful analog tape sound:

Use live input from any source – Microphone, Guitar, Audiobus and Inter App Audio – or take a song from your iTunes library for processing.