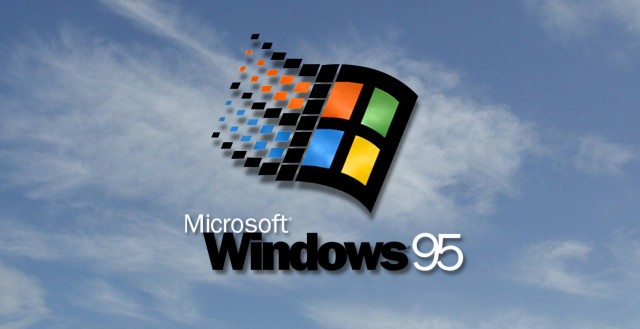 With Windows 95, Microsoft brought the graphical user interface to the masses, moved to a multi-tasking architecture and eliminated the need for most people to deal with command-line bullshittery.

One of the coolest aspects of Windows 95, though, was its soothing ambient startup sound, created by ambient pioneer and super-producer Brian Eno:

Eno’s work as an ambient pioneer and as a producer (Talking Heads, U2, Devo, Ultravox and others) is what he’s best known for.

But the Windows 95 startup theme, aka The Microsoft Sound, may be his most played work.

In a 1996 interview, Eno explained the origin of The Microsoft Sound:

The idea came up at the time when I was completely bereft of ideas. I’d been working on my own music for a while and was quite lost, actually. And I really appreciated someone coming along and saying, “Here’s a specific problem — solve it.”

The thing from the agency said, “We want a piece of music that is inspiring, universal, blah- blah, da-da-da, optimistic, futuristic, sentimental, emotional,” this whole list of adjectives, and then at the bottom it said “and it must be 3 1/4 seconds long.”

I thought this was so funny and an amazing thought to actually try to make a little piece of music. It’s like making a tiny little jewel.

In fact, I made 84 pieces. I got completely into this world of tiny, tiny little pieces of music. I was so sensitive to microseconds at the end of this that it really broke a logjam in my own work.

Then when I’d finished that and I went back to working with pieces that were like three minutes long, it seemed like oceans of time.

Ironically, Eno created the iconic sound on a Mac. In a 2009 interview, Eno admitted “I wrote it on a Mac, I’ve never used a PC in my life; I don’t like them.”

Over the years, The Microsoft Sound has inspired cover versions, remixes and more.

Here’s the ambient ambient version – the original, slowed down 23 times:

Here’s an example remix of The Microsoft Sound, via TheZitRemProject:

Think Eno’s Windows 95 startup theme has passed the test of time? Leave a comment and let us know what you think!

19 thoughts on “The Coolest Feature Of Windows 95 Was Created By Brian Eno, On A Mac”