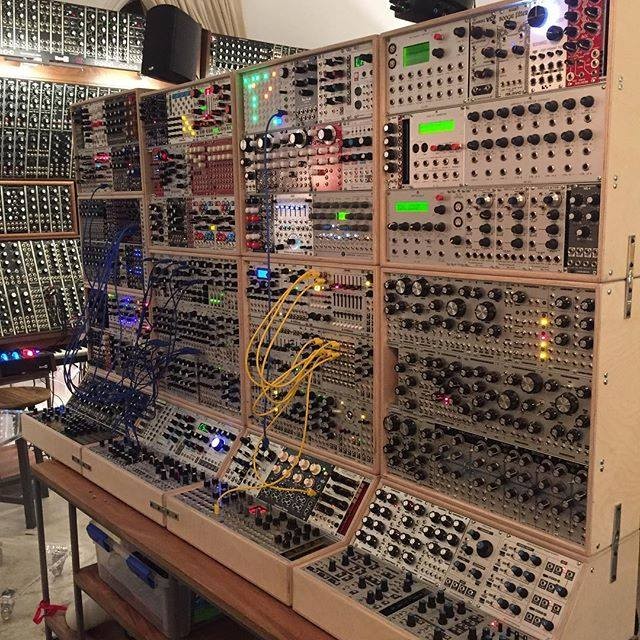 Junkie XL shared this photo from his studio, and it’s pretty clear what he’s addicted to: modular synths.

While Junkie XL ( Tom Holkenborg ) is best known for his dance music work, but in recent years has developed a second career in film scoring. He’s collaborated with Hans Zimmer on The Dark Knight Rises, Inception and other films; and scored 300: Rise Of Empire; Divergent, Mad Max: Fury Road and Black Mass.

Holkenborg is featured in a new interview at Grantland that looks at he made the transition from making electronica records to scoring blockbuster films:

“If you talk to other film composers and to people who work in the industry, the fact that you’re an original, talented musician is a given fact,” says Holkenborg.

“What is left then? It’s, how are you as a person in a room? Do you deliver on time? Do you make the movie better? Do you understand what the director wants? Can you walk that really fine line of politics when things get sour and you help solve the problem? If you have a good handle on that, you might become a successful composer.”

45 thoughts on “Inside The Studio Of Junkie XL”