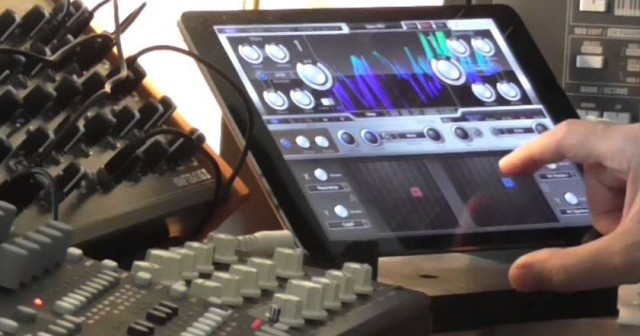 While 2015 has been a great year for new hardware synthesizers, its also been a big year for new mobile music software.

In fact, it’s starting to look like many developers are taking a ‘mobile first’ approach to developing music apps.

Here’s a round-up of some of the most important mobile music software introductions of 2015. We’ve focused primarily on apps for the Android & iOS platforms, because the combination of relatively inexpensive hardware and cheap software has made them the most popular mobile device platforms for music making.

What’s the best mobile music app of 2015? Here’s your chance to weigh in!

Pick what you think are the 3 best new mobile music applications of 2015:

We’ve included mobile music applications that were introduced or that received major updates in 2015.

After you’ve voted – leave a comment and share your thoughts on your favorite new mobile music apps of 2015!