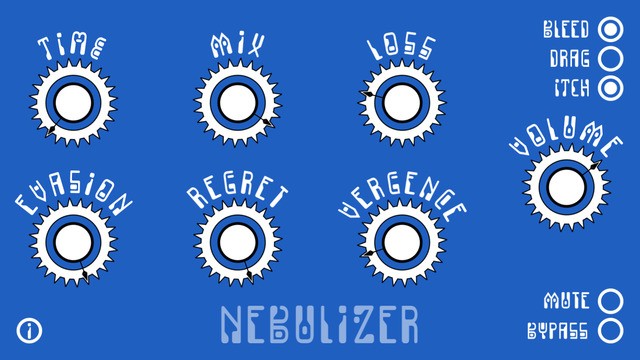 Developer Matthew Caldwell has released Nebulizer – a creative echo effect for iOS – as a free download.

It would be nice if that echo box worked properly, instead of stretching and warping like this. Maybe you shouldn’t have dropped it in the bathtub. We’re not looking to place blame or anything, but, you know. Butterfingers.

Apply Nebulizer to live audio input or connect with other music apps such as GarageBand, Auria and Cubasis via Inter-App Audio or Audiobus. Nebulizer supports Audiobus state saving, IAA transport controls, MIDI learn and iOS 9 multitasking in both split screen and slide-over modes.

Nebulizer is a free download from the App Store.