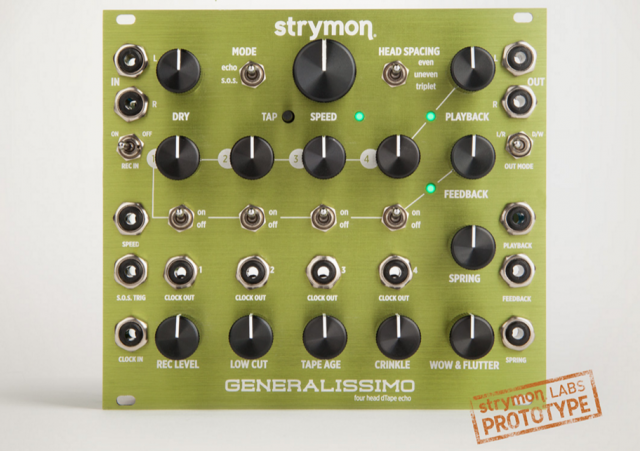 At the 2016 NAMM Show, Strymon is previewing the Generalissimo – a voltage-controller Eurorack Four Head dTape Echo machine, with extensive control over tape characteristics and machine health.

According to the company, Generalissimo lets you ‘incorporate the warm, inviting sounds of tape into your modular rig in limitlessly creative and expressive ways.’

Five modules in one

The Generalissimo puts the functions of five separate modules in one.

The Strymon Generalissimo is coming in Spring 2016. Pricing is TBA.