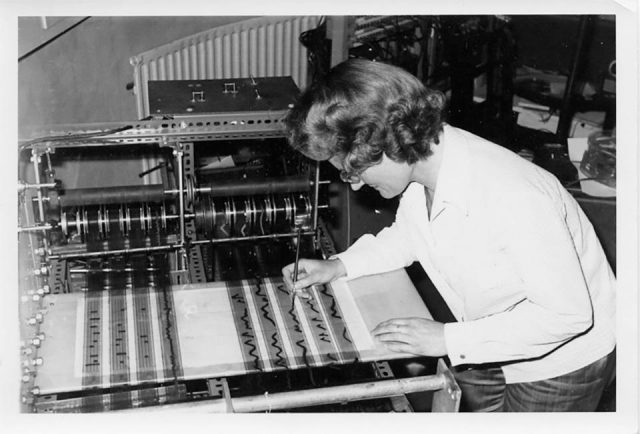 In the 1960’s, electronic music pioneer Daphne Oram, above, the first Director of the BBC Radiophonic Workshop, created a unique synthesizer, the Oramics Machine.

The Oramics Machine was a huge device, which moved film strips past a series of photo-electric cells. The Machine translated the graphics drawn on the film into control voltages that modulated the amplitude, timbre, frequency and duration of synthesized sound.

It wasn’t designed for playing traditional music – but to create a gestural and visual approach to synthesizing sound.

The original Oramics Machine, above, was huge. So, in the 70’s, Oram designed the Mini-Oramics, but a prototype was never made. Now, 40 years later, PhD student Tom Richards has not only researched Oram’s ‘lost’ synth design, but he has has built a working prototype. 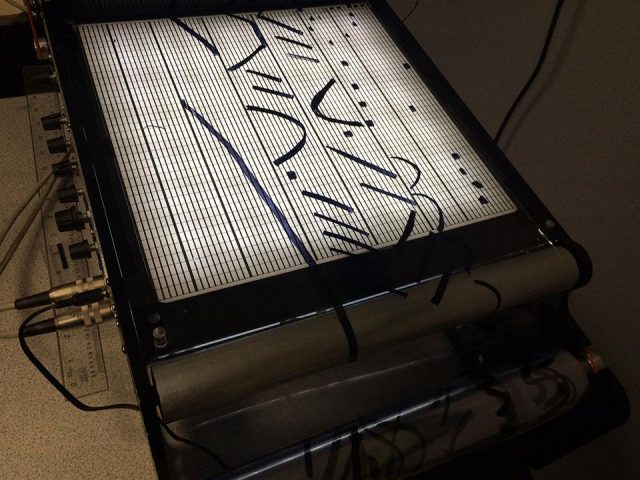 “The rules were simple,” notes Richards.  “I had to imagine I was building the machine in 1973, interpreting Daphne Oram’s plans and using only the technologies that existed at that time.”

Here’s a video demo of the Mini-Oramics synthesizer in action:

Richards is now working with six contemporary composers, giving each of them a few days to play with the Mini-Oramics machine.

15 thoughts on “After 40 Years, You Can Hear Daphne Oram’s Lost Mini-Oramics Synthesizer”